In 2015, the product specifications of RM9005A linear SCR dimming PAR lights sold in United States LOWE'S supermarket is from 5.5W to 20W. The annual shipment in supermarket is as many as 20 million. 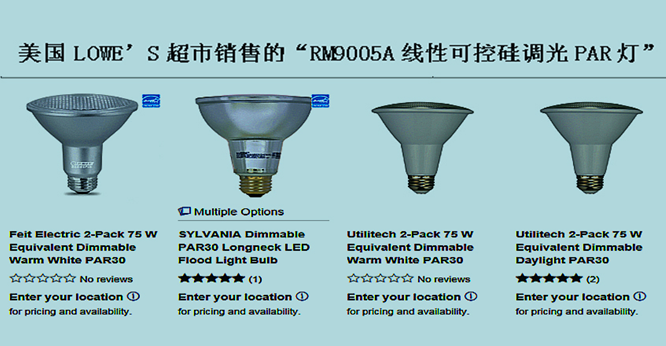 Reactor Microelectronics "RM9005 linear TRIAC dimming program" has the characteristics of the simple external circuit, no magnetic components required, the low program cost; meeting UL certification requirements, the strokes of it meeting the IEEE standard and less than 20%, high PF value and light effects. It is also compatible with most of the Lutron dimmer (LUTRON).